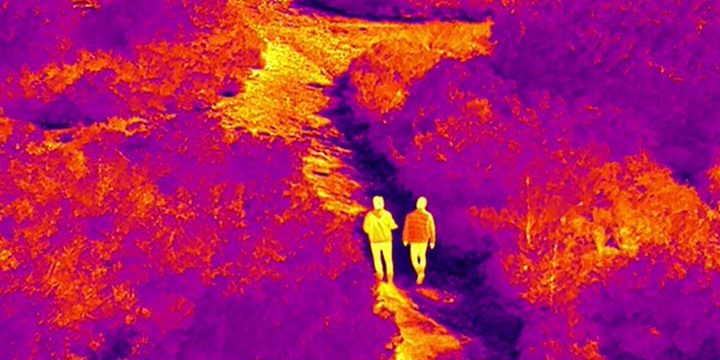 In the context of the implementation of the XENIOS research program, KE.ME.A. is responsible for the development of the XENIOS UAV Dispersion Module. In this context, the project team of KE.ME.A. collects data and tests the developing solution in a simulated environment.

One of the field tests took place on Friday, February 5, where the geomorphological characteristics are simulated in the environment of the XENIOS demonstration areas (Samaria National Park, DION Archaeological Site) as well as in any field environment in general. This area consists of low vegetation (mainly shrubs) and bare soil. The combination of different types of vegetation makes it an ideal area for testing.

The data obtained will be used for the development of the XENIOS UAV Dispersion Module for estimating the dispersion of individuals in an area to be supervised by UAV. This is achieved through the use and analysis mainly of the image captured by the sensors and can be combined with the position of the aircraft (geospatial coordinates) to determine the position of individuals.

In this pilot action were used state-of-the-art Unmanned Aircraft Systems (UAVs). The UAVs that were used carried a dual sensor payload, optical and thermal, with the possibility of simultaneous recording of images and videos. Specifically, the flights were performed with the DJI Mavic 2 Enterprise Dual Camera and the DJI Matrice 300 RTK attached with the DJI H20T payload.

The thermal sensors were used as they record the radiated – emitted thermal energy. The recording is transformed into pseudochromatic images where areas with high thermal radiation (and therefore temperature) are captured in bright red, while areas with low thermal radiation are captured in blue. This will be used to identify people based on the temperature emitted by the human body.

The pilot action of KEMEA team was based on four scenarios:

The problem of flooding at the archaeological site of Dion
March 11, 2021

Field observations on the occurrence of floods at the archeological site of Dion Pieria
December 9, 2020