The Hellenic Agricultural Organization “DEMETER” (HAO “DEMETER”) (https://elgo.gr/) is a Legal Entity under Private Law (NPID) that belongs to the wider Public Sector, operates for the public interest and is supervised by the Ministry of Agricultural Development & Food of the Hellenic Republic. It was established with the Joint Ministerial Decision Num. 188763 / 10-10-2011 (Government Gazette 2284 / Β / 13-10-2011). Four, until then, independently operating NPIDs, were merged into it, including the National Foundation for Agricultural Research (NAGREF), which since 1989 has been the research arm of the Ministry of Agriculture. The objectives of HAO “DEMETER” include support of actions aimed at the modernization and development of the agricultural sector of the country, by conducting research, promoting innovation and technology, providing vocational education and training, as well as by applying checks in the production and distribution chain of milk and meat in the country.

In this project, the Organization participates through the Institute of Mediterranean Forest Ecosystems (IMFE), which is one of the oldest research institutes in the country. It was established in 1929 as a Forest Research Office, in the Central Forest Service. Later, in 1944, under the name “Forest Research Institute”, it functioned as a regional unit of the Forest Service. In 1989, it was incorporated into NAGREF. Since November 2011, when NAGREF was merged with HAO “DEMETER” becoming the General Directorate of Agricultural Research of the Organization, the Institute continues its operation as one of DEMETER’s Research Institutes under the new name “Institute of Mediterranean Forest Ecosystems”.

IMFE is based in Athens. Its mission is to support forestry practice in Greece through research, technology development and transfer of know-how. Its structure includes the laboratories below:

IMFE plays an active role in the country’s Forest Research sector, with a large number of competitive European and national programs covering the full range of forest science. At the same time, it has offered great practical work where it was needed. One characteristic and important example is the urgent study for the “Restoration of the archaeological and wider landscape of Olympia” which burned in August 2007, and the implementation of this study under extremely pressing timeframes. For this work IMFE received an award by the presidency of the Hellenic Republic. The Institute has also contributed through research, studies and implementation to the management of several other areas of great environmental importance (e.g. Mount Mainalo, Oiti National Park).

The forest fire laboratory of the Institute is responsible for the participation of IMFE to the XENIOS project. In the last twenty years, under the leadership of senior researcher Dr. Gavriil Xanthopoulos, the laboratory has been involved in numerous European and national research projects, while it has also offered significant practical work. Some of the most important research projects of the last years few years in which the laboratory has participated are:

Some of the activities of the Laboratory in the frame of the projects above, are presented in the following photos:

Forest fuel sampling in the field

Field burning experiments (here in Gestosa, Portugal, in collaboration with the University of Coimbra) for fire behavior measurements

Some of the most important projects and activities of the Laboratory regarding its contribution to practice, include:

The Laboratory of Forest Ecology and Hydrology, also offers significant contributions to practice. Among other activities, it monitors and documents the hydrological characteristics of permanent water catchments in various parts of the country, including operation of three automatic meteorological and two automatic hydrometric stations in typical mountainous forest areas.

Delivery of the report of the Independent Committee for the investigation of the causes of the worsening of the forest fire problem, to the Prime Minister and the leader of the  opposition (7/2/2019)

Delivery of the report of the Independent Committee for the investigation of the causes of the worsening of the forest fire problem, to the Prime Minister and the leader of the  opposition (7/2/2019)

Briefing of the Greek Parliament by Dr. G. Xanthopoulos, on behalf of the Independent Committee for the Investigation of the causes of the worsening of forest fire problem, about the Committee’s report (17/4/2019)

Briefing of the Greek Parliament by Dr. G. Xanthopoulos, on behalf of the Independent Committee for the Investigation of the causes of the worsening of forest fire problem, about the Committee’s report (17/4/2019)

Workshops across the country, in the frame of a research project aimed at mobilizing local agencies and volunteers to prevent forest fires 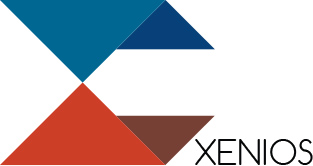