Lefka Ori (White Mountains) is an area with distinctive environmental significance. Together with the Psiloritis range, the two mountains constitute the two most important environmental “lungs” of Crete. Lefka Ori is the second highest mountain in Crete dominating the western part of the island.

It is comprised with more than 50 summits higher than 2.000 meters above sea level and multiple gorges crossing the area in a North-South direction, most of them ending up in the Libyan Sea. This combination of high altitude summits and a large number of gorges co-exists in a relatively small straight distance (approximately 30 km) thus resulting in a unique landscape diversity.

The “heart” of the Lefka Ori mountain range is the Gorge of Samaria. Due to the biogeorgaphic location of Crete, its geographic isolation, its geographic position between three continents, its landscape diversity, the presence of large scale climatic and micro-environmental condition, the distinctive diversity of geo- and bio – topes, the continuous geological processes and the long-lasting interaction of people with the natural environment, the area hosts a rich number of fauna and flora with high degrees of endemism. 174 Greek endemic taxa are referenced, from which 24 are present only in the Lefka Ori (steno-endemic) or in the wider area of Lefka Ori, 97 are endemic to Crete, 12 are endemic to Crete-Karpathos and 41 out of 174 are endemic with a wider dispersion to Greece. It is estimated that even though Crete is 50 times smaller than Great Britain, it hosts the same number of flora species. This statement alone signifies the diversity of this island.

The richness of fauna species is also significant. Terrestrial molluscs resemble increased endemism which in the area of southwest Lefka Ori reaches almost 33% of species. From the group of arthropods, the orthopterous insects and coleopteran insects resemble endemism reaching 35% and 40% respectively in the Lefka Ori area. Also 3 species of amphibian and 11 species of reptiles have been documented as well as approximately 200 species of birds, either documented or considered to be present in western Crete due to the similar ecological demands that can be met from the habitat types present in the area. This number does not include species that are rarely met in Crete (such as the Egyptian vulture).

Also, the Lefka Ori area hosts 32 species of mammals with the Cretan goat (Capra aegagrus cretica) as the most distinctive one whose population has been confined during the last decades to the Lefka Ori range and within the National Park in an area of app. 72 sq.km.

Human presence is also significant and evident in the area. Small villages at the foothills of the mountains and implementation of traditional activities in agriculture and live stock farming are combined with the protection and preservation of an emblematic natural and traditional landscape.

The result of the above mentioned facts is that the area of Lefka Ori and especially the Gorge of Samaria has been designated and distinguished in national and international level.

Some of the area’s designations are:

These multiple designations reveal an unquestionable international status and bear significant advantages for the protected area. Furthermore, they are accompanied by increased demands and challenges given the fact that the attention of national and international Bodies and Organizations is located at the area, a fact that can only mean that management practices must be iconic and emblematic. Also, staff managing the area in local level must be continuously updated to all trends related to networks that the area is part of in order to assure that the area complies with all relevant management practices at all times.

The Gorge of Samaria besides its internationally recognized environmental profile bears and additional feature that signifies its landscape character: it is a destination for thousands of visitors from across the world. It is estimated that app. 20% of visitors that arrive in Crete via charter flights from around the world are willing to visit the Gorge of Samaria. This number does not include visitors of Lefka Ori in general that follow hundreds of different routes besides the Samaria main trail thus skyrocketing the overall number of visitors of the mountain to several hundreds of thousands each year.

This dual feature of the protected area, as a land of highly valued environmental significance and on the same time of intense visitation rates enable the early prediction and treatment of random natural catastrophic events (fires, floods e.tc.h.) as a prerequisite for the exemplary management of the area but also as a real need for the protection of the environment and human life.

What does the Xenios Project offer

The Xenios Project comes to bridge this necessity by developing a functional system of direct, early and accurate warning for management agencies of the area but  as well as for visitors, while additionally providing quality information services of tourism content.

In this way, the area acquires a digital guide and a safety supervisor, joined harmonically within the framework of Xenios Project.

Sort by dateSort by name
DescendingAscending 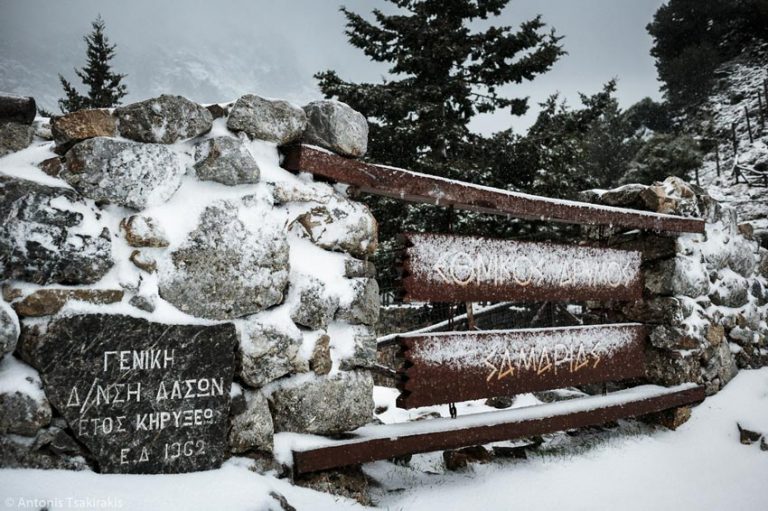